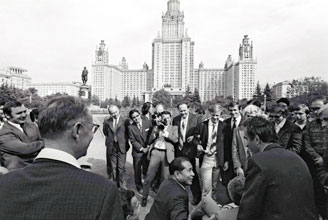 A Portrait of Citizen Diplomacy

"Precisely because I am a private citizen, I can act without the restrictions of profit, position or policy. My only position is that of an ordinary human being, and it is in that role that I hoped, in some small way, to bring together and consolidate the will for peace into a global commitment."1--Daisaku Ikeda

In 1974, Daisaku Ikeda traveled to the Soviet Union and met with Soviet Premier Aleksey Kosygin and other Soviet officials.

Ikeda's trip had been undertaken amid a storm of criticism from the Japanese media and political figures. Criticism centered on the question of what purpose the leader of a Buddhist organization could have visiting a country whose defining ideology rejected religion and discouraged religious belief. This was in the midst of the Cold War, and visceral hostility toward the Soviet Union permeated Japanese society. Tensions between the Soviet Union and China had also been escalating, with the threat of military confrontation looming. Ikeda's response to these critics was at once simple and reflective of his fundamental approach to diplomacy: "I am going to the Soviet Union because there are people there."

Consolidating the Will for Peace 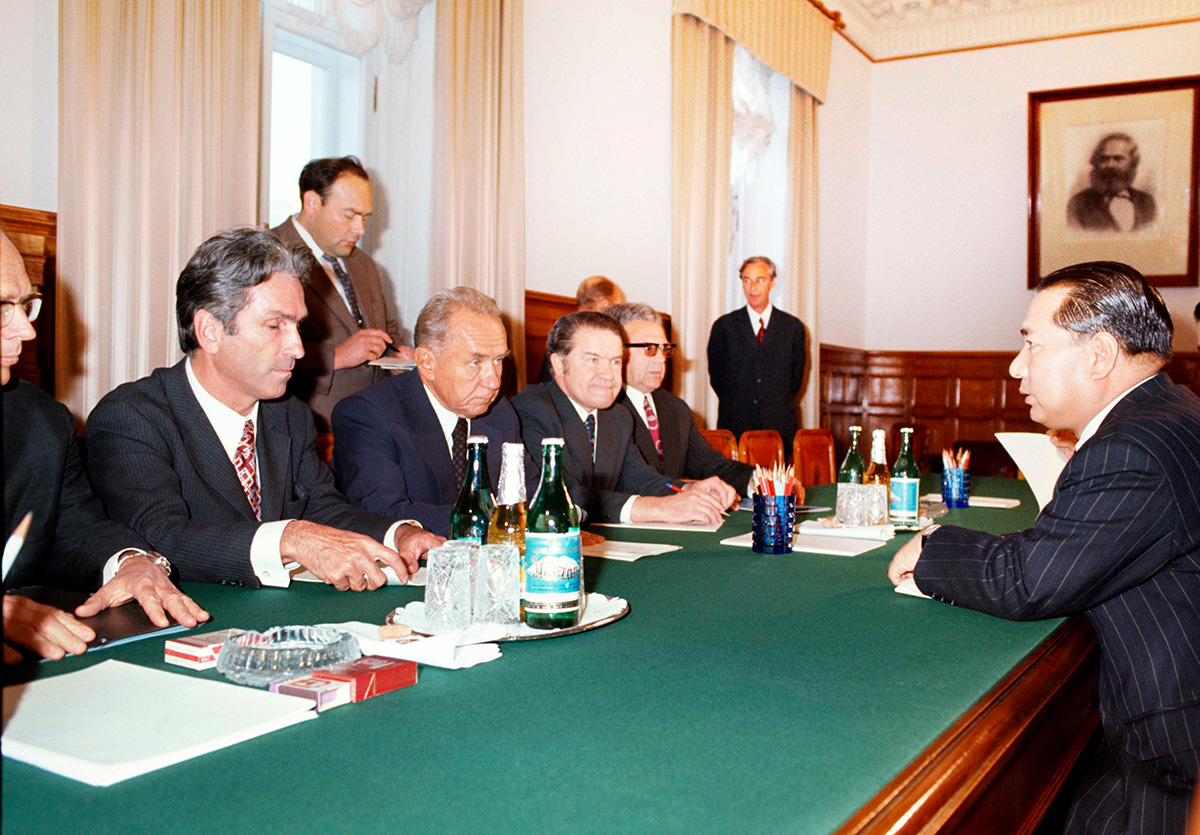 Ikeda's motive for his visit of building bonds of friendship was roundly criticized as naive. He described later, however, a personal sense of urgency to act in whatever way he could to help improve the situation. "I was deeply concerned about the effect on the ordinary people of the world of the tense relations . . . Nothing could be more regrettable, I believed, than for future generations to be forced to live in mutual suspicion and constant fear of a Third World War."2

Just four months prior to his trip to the Soviet Union, Ikeda had paid his first visit to China. He recalls the sight of children helping construct underground bomb shelters at their schools in case of attack on China. "The threat of war had even cast its ominous shadow over these children. It was a painful sight,"3 he writes.

Ikeda was struck powerfully by the yearning for peace he sensed among the ordinary citizens of the Soviet Union, a country that had seen its cities razed and millions of its people killed in World War II. For Ikeda, this was confirmation of universal human sentiments--the desire for happiness and peace--transcending national and ideological differences.

During his visit to the Soviet Union, Ikeda was at pains to be frank and open, building genuine relations with the individuals he met.

Moscow University's Leon Strijak, who was the interpreter for Ikeda's meeting with Soviet Premier Aleksey Kosygin in 1974, recalls: "The subject matter of the Ikeda-Kosygin meeting was quite different from that normally discussed by Japanese delegations visiting Moscow. They spoke about war and peace, about war and its victims and how to prevent war."4

Reportedly, Kosygin was initially doubtful about meeting with the Buddhist leader. Ikeda began, however, by describing his poignant impressions from his recent visit to Leningrad. The city, now St. Petersburg, had suffered an appalling toll in human lives in the infamously brutal Siege of Leningrad during World War II. Strijak recalls: "Listening to him, Kosygin's wary expression began to soften, and he replied, 'I, too, was at Leningrad at that time.' That broke the ice, and they seemed to open their hearts following that point."5

During the dialogue Ikeda asked Kosygin whether the Soviet Union had any intention of attacking China. Kosygin assured him that it did not and agreed that Ikeda could convey this to the Chinese leadership.

The Dimension of Our Shared Humanity

Ikeda's forthright attitude won the trust of the political, academic and cultural figures he met with in the Soviet Union. He has continued to cultivate and build upon such friendships with individuals around the globe; many of them have spanned decades. 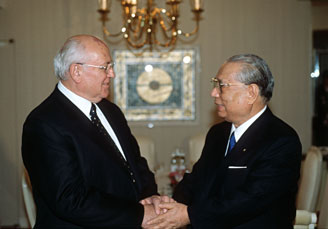 The depth of these relationships is evident in the touching personal tributes paid to Ikeda by these leaders. On Premier Kosygin's death, for example, his daughter presented Ikeda with a number of the communist leader's personal effects and described the warm tones in which her father had spoken at home of his encounter with Ikeda.

The trust and respect Ikeda has established also attested to by the many academic and other awards with which he has been presented. Moscow State University was, in 1975, the first university to present Ikeda with an honorary doctorate. Today, the number of such academic awards from institutions of higher education around the world stands at over 370.