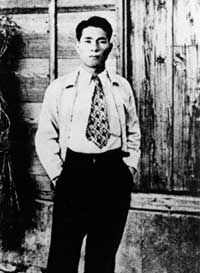 While attending night classes, Ikeda began working at Toda's publishing company as chief editor of a magazine for boys in 1949.

In 1948, Ikeda began working at Toda's publishing company. Here he began to develop his literary talents as the editor of a boys' magazine, while attending night classes at a college.

As well as being a first-rate educator, Toda was a very creative and successful entrepreneur--talents which he combined to good effect. He had, before the war, run a very successful cram school and published a bestselling book on mathematics, as well as successfully managing a number of other businesses. At the end of 1949, however, he encountered a series of major setbacks resulting from postwar hyperinflation that brought him to the brink of social and financial ruin. Determined to protect the Soka Gakkai from harm, he resigned his leadership.

Unable to receive pay, his employees left him one after the other. Ikeda, however, remained, and took on the arduous task of negotiating with the firm's creditors.

"For six months I did not receive any salary. My shoes were falling apart, I didn't have any proper clothes, and I was in poor health. But if it meant I could protect President Toda, I was willing to suffer in the worlds of even Hunger and Hell. I was determined not to have any regrets."1 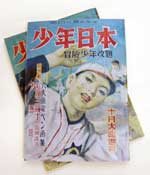 It was in the midst of this struggle against bankruptcy and failure that Toda outlined his vision of establishing a school and a university run according to the principles of the value-creation (soka) education philosophy of his own mentor, Tsunesaburo Makiguchi (1871-1944). Such an idea must have seemed fanciful in the extreme at the time, yet the utmost seriousness with which the 22-year-old Ikeda contemplated this vision is demonstrative of the profundity of his bond with Toda. Two decades later he brought this vision to reality, establishing the Soka Schools and Soka University.

With Ikeda's help, Toda was eventually able to pay off his debts and resolve his financial affairs. To save his mentor from ruin required Ikeda's full, exhaustive efforts and meant that he had to give up his schooling. Toda pledged to give Ikeda a thorough, university-level education. These lessons--what Ikeda now refers to as "Toda University"--were carried out in the mornings before work and on weekends and continued until 1957, the year before Toda's death. 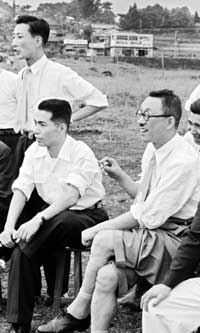 "Every day before work, he would teach me a curriculum of history, literature, philosophy, economics, science and organization theory. On Sundays, our one-on-one sessions started in the morning and continued all day. He was constantly questioning me--interrogating might be a better word--about my reading."2

Toda's education was thorough, wide-ranging and rigorous. "The school of my youth was the private instruction I received from a master in 'the study of humanity,' Josei Toda. He gave me a thorough and complete grounding in an encyclopedic range of subjects, including politics, economics, law, Chinese classics, chemistry and physics. Mr. Toda often asked me, 'What book have you read today?' or 'What are you reading now?' and then would demand that I summarize the book's contents. He would really put me on the spot. Sometimes it was so tough that I felt deeply mortified . . . "3 He says also, "Most of all, however, I learned from his example. The burning commitment to peace that remained unshaken throughout his imprisonment was something he carried with him his entire life. It was from this, and from the profound compassion that characterized each of his interactions, that I most learned. Ninety-eight percent of what I am today I learned from him." [Read full text] 4