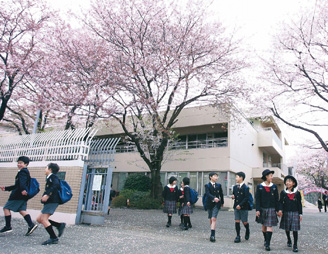 What is Value-Creating Education?

"Persons merely excelling in such areas [as book learning and technology] are nothing more than component parts of a colossal mechanism of the state and society. Truly desirable people of ability are creative people who untiringly pursue lofty ideals, who have rich individuality and who can make free and effective use of their knowledge and skills."1--Daisaku Ikeda 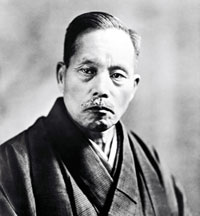 The Soka ("value-creating") school system grows out of the educational philosophy developed by Tsunesaburo Makiguchi (1871-1944), a reformist educator and the founding president of the Soka Gakkai.

Ikeda has defined value creation essentially as "the capacity to find meaning, to enhance one's own existence and contribute to the well-being of others, under any circumstance."2 This capacity then is what Ikeda and Makiguchi mean by "happiness." The concept of value creation is also at the heart of the Soka Gakkai movement.

Makiguchi's humanistic perspective was at complete odds with the militarist ideology that, from the 1930s, held sway over the Japanese educational system and public life. His opposition to the militarist agenda, and specifically to the religious ideology that supported it, led to his arrest and imprisonment as a thought criminal in 1943. He died in prison the following year, prevented from seeing his ideas to fruition. It was Ikeda who revived Makiguchi's ideas, creating a flourishing educational system rooted in Makiguchi's core vision.

While Makiguchi's writings included various revolutionary proposals for restructuring the school curriculum--such as that children spend half their day in school and half in a supervised work environment gaining skills, knowledge and experience of how society actually functions-Soka education today is not defined so much by curriculum elements as by its underlying philosophical stance: its emphasis on close student-teacher relationships, and on each student's unique capacity to learn, grow and "create value."

There is also a strong emphasis on fostering humane and life-affirming values, on peace and on encouraging students to lead contributive lives. "Education must inspire the faith that each of us has both the power and the responsibility to effect positive change on a global scale,"3 [Read full text] Ikeda writes. A list of principles formulated by Ikeda for the Soka schools in Japan demonstrates the general orientation of such values: (1) Uphold the dignity of life; (2) Respect individuality; (3) Build bonds of lasting friendship; (4) Oppose violence; (5) Lead a life based on both knowledge and wisdom. Visiting educators to the Soka schools have noted as characteristic of Soka students a strong sense of commitment to making positive contributions to humanity, a highly developed sense of purpose, concern for others, sincere interest in peaceful values, and strong sense of responsibility.

A key perspective in Ikeda's philosophy is that "the fulfillment of the individual cannot be realized in conflict with or at the expense of others."4 [Read full text] Ignorance of this principle might be said to be at the root of the global problems that humankind faces today, and students are imbued with an awareness of this as a central tenet of global citizenship.

3 Ikeda, Daisaku. 2003. "The Challenge of Global Empowerment: Education for a Sustainable Future." In Seeds of Change, 6. Tokyo: SGI.