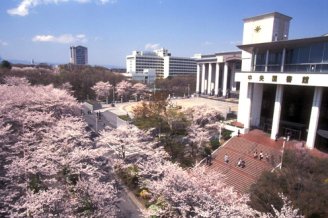 Soka University, Japan, was founded by Daisaku Ikeda in Hachioji, Tokyo, in 1971, with the following mission statement:

The university has eight faculties and several graduate schools. Its foreign student exchange program ranks among the largest of its kind in Japan and it has academic exchange agreements with over a hundred universities around the world. In 2014, Soka University was named one of Japan’s “Top Global Universities” by the Japanese Ministry of Education. The university shares its campus with Soka Women's College, which opened in 1985.

As with every Soka School, the institution is open to all qualified students without regard to religious affiliation. [www.soka.ac.jp]