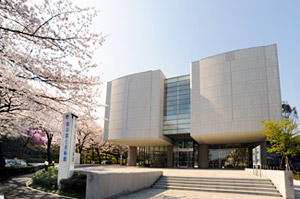 The Tokyo Fuji Art Museum is another initiative of Daisaku Ikeda, together with the Min-On Concert Association, to harness the power of culture for the promotion of peace. Originally established in Shizuoka and now based in Tokyo, the museum has a collection of some 30,000 artworks from various periods and cultures. The museum collaborates with museums around the world to host exhibitions both in Japan and abroad. In 1990, it received an official commendation from the Japanese Minister of Foreign Affairs. [www.fujibi.or.jp/en/]