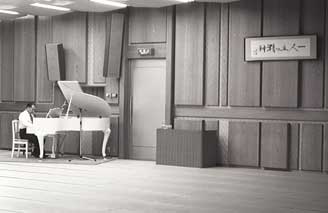 As the 1970s drew to a close, Ikeda was confronted with circumstances that threatened to put a sudden end to his activities as a Buddhist leader. With the Soka Gakkai now a well-established and influential presence within Japan, unscrupulous individuals within its own leadership structure began plotting to oust Ikeda in order to be able to wrest control of the organization's resources.

Given Ikeda's immense popularity among the Soka Gakkai membership--itself a growing source of resentment for his enemies--the only means of pushing him from the stage lay in co-opting the traditional authority of the Nichiren Shoshu priesthood.

Since its inception as a lay Buddhist movement in 1930, the Soka Gakkai had been the primary supporter and benefactor of Nichiren Shoshu, a priestly body representing one of a number of schools of Nichiren Buddhism. Within a very short period of time following World War II, the growth of the Soka Gakkai had transformed Nichiren Shoshu from a fairly obscure medieval-era organization into one of the largest religious bodies in Japan. At the same time, within the traditionalist culture of Japanese society, the growth of such a large and influential lay Buddhist movement was seen as a disturbing oddity; it also became a source of unease for the Nichiren Shoshu priesthood, which remained mired in feudal-era conceptions and traditions.

Ikeda's adversaries now began to stoke tensions between the two bodies, fueling existing fears within the priesthood about the growing influence of the lay movement and its leader. A key point of conflict that they exploited was Ikeda's insistence in the essential equality of the priests and lay believers. Mistrust and acrimony grew until the priesthood ultimately demanded Ikeda's resignation as leader of the lay Buddhist movement.

The Question of Priestly Authority

The teachings of Nichiren assume, at their most basic point of departure, the fundamental equality of all people. However, within the cultural and religious milieu of Japan, with its emphasis on social ranking and rules of appropriate deference, it was thought to be only natural for lay believers to assume a position of subservience to priests. Such an attitude ultimately undermines the core of Nichiren's philosophy when priests come to be regarded as intermediaries between the laity and enlightenment. 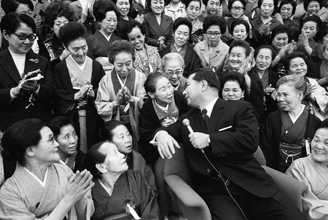 As the Soka Gakkai membership grew during the 1970s, Ikeda began to address this perception in his speeches and lectures, asserting, from the perspective of Nichiren's writings, that lay believers should in no way be considered inferior to the priesthood.

Ikeda was not opposed to the existence of the priesthood nor attempting to undermine the priests. His actions were prompted by a growing number of reports and complaints of priests acting in an authoritarian, even abusive manner toward the laity. Lay members complained of feeling increasing pressure to offer alms to the priests while, at the same time, being treated disparagingly. Ikeda made efforts to engage the priests in dialogue on these complaints.

A number of priests felt threatened by Ikeda's public assertions of priest-and-lay equality and concerned about his own considerable influence over the Soka Gakkai members. Those within the Gakkai attempting to undermine Ikeda began to exploit these fears. Acting as go-betweens for the priesthood and the Gakkai, they instead fed the priests alarming reports about the Gakkai's supposed ill intentions. Tensions grew in a climate of accusation and counteraccusation. On the receiving end of the priesthood's anger and suspicion were the Soka Gakkai members.

Given the seriousness of the situation, a number of top Soka Gakkai leaders began to wonder whether Ikeda's resignation as president might be the only way to diffuse the crisis and spare the membership. When Ikeda declared his intention to step down, the conditions set by the priesthood for conciliation were harsh. Ikeda was forbidden from addressing the Soka Gakkai members at the organization's gatherings; his writings were not to appear in the organization's organ publications. It would no longer be permissible for even his image to appear there. After nearly two decades of intense, daily interactions with the organization's members Ikeda was now being forced from the stage.

The unreasonableness of these terms was, in the end, typical of the priesthood's manner. The effort to sideline Ikeda, however, would soon unravel from within, when a key individual who had orchestrated events in collusion with the priests was later arrested and sentenced for extortion. 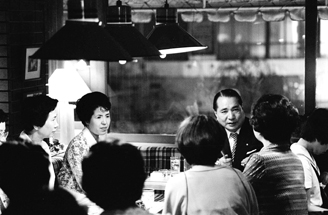 Together with his wife, Kaneko, Ikeda met with and encouraged members privately.

Ikeda's response to these restrictions, after stepping down as president on April 24, 1979, is indicative of his commitment to the Soka Gakkai members. Unable to publish his faith guidance, he wrote short poems and calligraphic works for individual members. Unable to speak publicly, he traveled throughout the country, visiting members in their homes to offer them personal faith encouragement.

Ikeda remained president of the SGI, which was then still miniscule in comparison to the Soka Gakkai in Japan. Restricted within Japan, he focused more of his energy into the international sphere. He writes,

"I came to a decision. I would travel around the world, encouraging members in Japan from outside. Though I had resigned as president of the Soka Gakkai, I refused to let anyone stop me being active as president of the SGI. The Buddhism of Nichiren Daishonin is a Buddhism of fighting for peace . . . Who had the right to stop me from taking action for world peace? Besides, those who were trying to undermine me out of their own petty jealousies and personal motives weren't the least bit interested in such activities anyway. In the autumn of 1980, I embarked on what was to become a year of traveling around the globe, starting with a trip to the United States."1