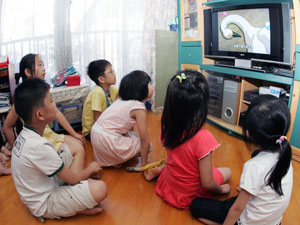 From June 27 to July 16, 2008, animated adaptations of Daisaku Ikeda's original children's stories dubbed in Cantonese were aired in Hong Kong by Asian TV (ATV) to positive reviews. Twelve stories were broadcast in a series titled "Stories of Life--SGI Series." This was the first televised broadcast of the Chinese language editions of Mr. Ikeda's animated stories.

The original series was produced in Japanese by Shinano Arts and Culture Consultants and has since been dubbed or subtitled in other languages. The Chinese editions were completed in January 2008, and comprise Cantonese and Mandarin voice-overs and an English language voice-over with Mandarin subtitles. The stories convey the values of friendship, courage, hope and altruism to young viewers. 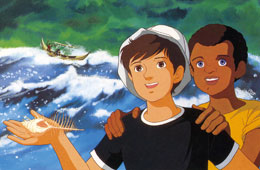 The River of Peace 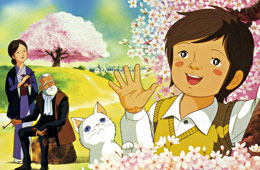 The films have drawn favorable responses from both children and adults alike. One fifth grader said The Snow Country Prince showed him the importance of being courageous, setting goals and taking responsibility. Prominent Hong Kong writer Chau Mat Mat commenting on The Princess of the Desert Kingdom remarked that the story vividly communicates an important message about conserving natural resources and preserving the environment in a way children can readily understand. Hong Kong Cosmos Books Deputy Editor-in-Chief Sun Lichuan observed that unlike many other animated films for young people whose aims are pure entertainment and often based on fantastic and violent themes, Mr. Ikeda's stories are more edifying, artfully encouraging children to face challenges in life with courage.

In response to the favorable reception from viewers, the program will re-air from August 8 to 24 in Hong Kong and can also be viewed in Macau and China's Guangzhou Province. 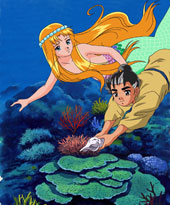 The Prince and the Coral Sea 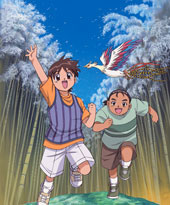 The Flower and the Phoenix 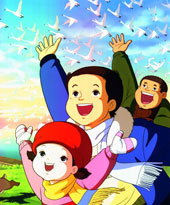 Selected films from the series were previously broadcast on the National Geographic Channel in English and Hindi in India, Nepal, Bhutan, Bangladesh, Pakistan, Sri Lanka and the Maldives. A national Sri Lankan TV station aired the animations in Sinhalese in early 2008. Spanish versions are due to be broadcast in Panama.

[Adapted from an article in the August 9, 2008, issue of the Seikyo Shimbun, Soka Gakkai, Japan]