On December 6, 2008, the Diadema Regional Education Board in Diadema City, São Paulo State, Brazil, presented a certificate of commendation to Soka University founder and SGI President Daisaku Ikeda for his promotion of humanistic education. A representative of SGI-Brazil (BSGI) received the certificate on Mr. Ikeda's behalf at the SGI-Brazil headquarters in São Paulo City. 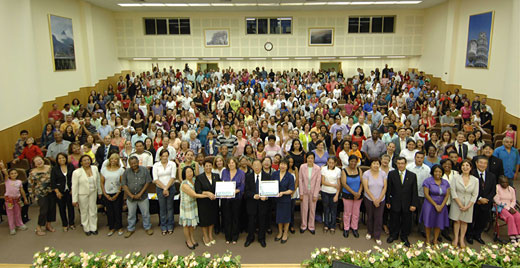 Inspired by Mr. Ikeda's educational ideals, educators within BSGI have been active in promoting humanistic education in Brazil. In 1994, they launched the Makiguchi Education Project, a locally developed student-centered educational program that offers creative and experiential learning methods for children that are stimulating and enjoyable. The project is named after reformist educator and first Soka Gakkai President Tsunesaburo Makiguchi, whose "value-creation" education philosophy underlies the Soka School system developed by Mr. Ikeda. Education, says Mr. Ikeda, is "not simply the transmission of knowledge. It is not simply the development of talent. Education is a great enterprise of steadily and surely passing on the fullness of humanity . . . Education is a process of becoming fully human." Some 270 schools in Brazil, including five in Diadema, have implemented the Makiguchi Project. The BSG educators group has also held educational seminars and educational exhibitions. 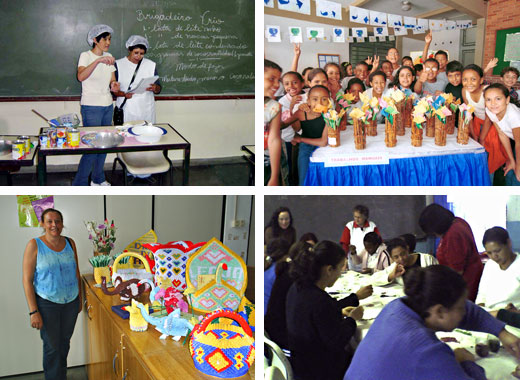 Owing to the success of the Makiguchi Project, in 2004 the São Paulo State Education Department requested BSGI to assist in supporting the state's Family School Program, a state-run project created in collaboration with UNESCO to enhance the quality of education and foster the healthy development of youth, at 3,500 schools. Schools are open to the public on weekends and students, parents and community volunteers collaborate on educational, cultural and artistic activities.

[Adapted from an article in the December 29, 2008, issue of the Seikyo Shimbun, Soka Gakkai, Japan]