Daisaku Ikeda and China, a collection of research papers on Daisaku Ikeda’s contributions to Sino-Japanese relations has been published by China’s Central Party Literature Press. The papers were written and compiled by researchers at the Tianjin Academy of Social Sciences (TASS), one of China's leading multidisciplinary research centers, and discuss the history of Mr. Ikeda's engagement with China, including his ten visits to the country, his dialogues with various Chinese academic and cultural figures and his efforts to foster exchange between China and Japan.

TASS has a well-established reputation as an authoritative source of information on Zhou Enlai and the history of Sino-Japanese bilateral relations. In 2006, TASS launched a research project on the lifework and ideals of Zhou Enlai and Daisaku Ikeda which will culminate in an eight-volume collection. 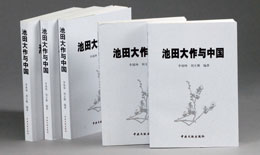 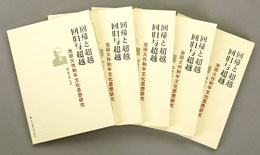 The Daisaku Ikeda Peace and Culture Research Institute (DIPC) at Liaoning Normal University (LNNU), Dalian, China, has also published a compilation of research papers titled Recurrence and Transcendence--A Study of Daisaku Ikeda’s Ideals and Thoughts on Peace and Culture (tentative translation), which includes papers in both Chinese and Japanese. The publication contains six research papers on topics including "The Modernization of Buddhism," "A Vision of Global Pacifism" and "The Purpose of Education." Contributing scholars include LNNU President Qu Qingbiao, DIPC Advisor Sun Lichuan and DIPC Vice Director Cui Xuesen.