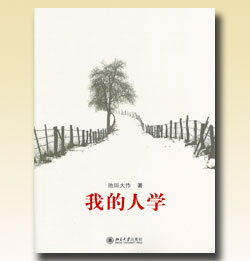 BEIJING, China: Peking University Press has published a simplified Chinese edition of Watashi no ningen-gaku (tentative English title: "Portraits of Historical Figures"), a collection of essays by Daisaku Ikeda on historical figures and literary masterpieces from both the East and the West. Written from a Buddhist perspective, the work includes commentary on the lives and legacies of Alexander the Great and Zhou Shuren, the founder of modern Chinese literature, as well as on Johann Wolfgang von Goethe through his work Faust and Leo Tolstoy through his work War and Peace.

Peking University Press originally published the work as a two-volume set in 1990, but has added photographs of Ikeda's commemorative lecture at Peking University in April 1980 to the new single-volume edition.

[Adapted from an article in the July 20, 2010, issue of the Seikyo Shimbun, Soka Gakkai, Japan]