Established in 1910 as a government-funded institution of higher education, RMTU became a state university in 1998. With six satellite campuses in the province of Zambales, RTMU offers advanced studies and research in fields relevant to the development of the area, including agriculture, forestry and engineering.

In his acceptance message read at the presentation ceremony, Mr. Ikeda expressed his heartfelt appreciation for the honor and paid tribute to the university's namesake, seventh president of the Republic of the Philippines Ramon Magsaysay, who believed that a country's historical legacy and irreplaceable treasure are its human resources. 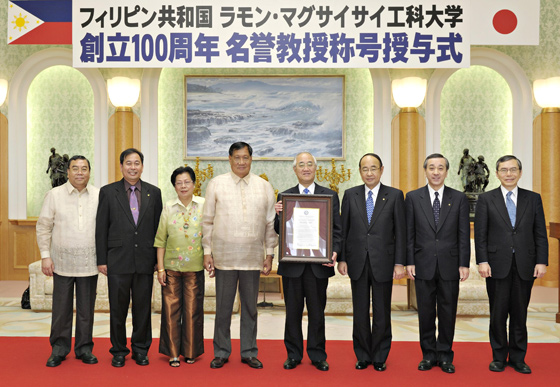 [Adapted from an article in the March 27, 2010, issue of the Seikyo Shimbun, Soka Gakkai, Japan]