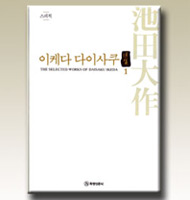 Selected Works of Daisaku Ikeda were published in Hangul

SEOUL, South Korea: Hwa Kwang Publishing has recently released volume 1 of a Hangul edition of The Selected Works of Daisaku Ikeda. The content of this first Hangul volume corresponds to volume 68 of the Japanese edition of the author's complete works and features speeches Mr. Ikeda delivered in Japan and abroad from November 1986 to July 1987.

[Adapted from an article in the February 5, 2012, issue of the Seikyo Shimbun, Soka Gakkai, Japan]