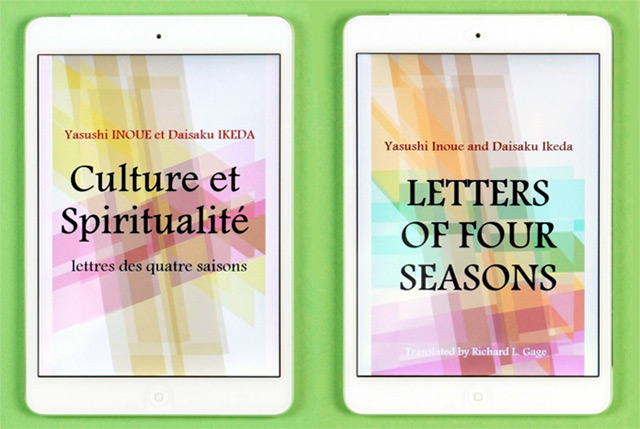 E-Book versions of A Lifelong Quest for Peace, a dialogue between Linus Pauling and Daisaku Ikeda, were released in Spanish (En busca de la paz) and French (Toute une vie à la recherché de la paix) along with a French edition of Glass Children and Other Essays (Réflexions d’un bouddhiste sur notre époque), a collection of essays written as a dialogue between the author and western readers.

Representing Mr. Inoue and himself, Mr. Ikeda writes in the foreword:

“Going beyond the vicissitudes of life, the several open and candid letters we exchanged struck a note of sympathy between us that will not fade. Though the entire correspondence lasted only a year, I am certain its spiritual and philosophical contents have a bearing on the phenomena of modern times.” 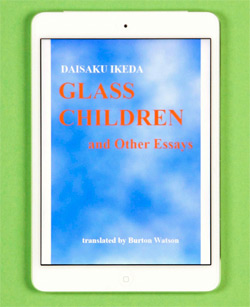 The English edition of Glass Children and Other Essays, a collection of essays written as a dialogue between the author and western readers, was also released in eBook format. Most of this collection were written in the late 1960s and early 1970s, according to the author, “to establish bonds of mutual understanding” between cultures and give rise to the potential for new and hopeful insights.

These essays that touch upon Mr. Ikeda’s wide-ranging views on education, world literature, government, the community—both local and global, friendship, happiness and the family, are now available in an easily accessible format for readers around the world.

[Adapted from articles in the June 21 and August 9, 2016, issues of theSeikyo Shimbun, Soka Gakkai, Japan]