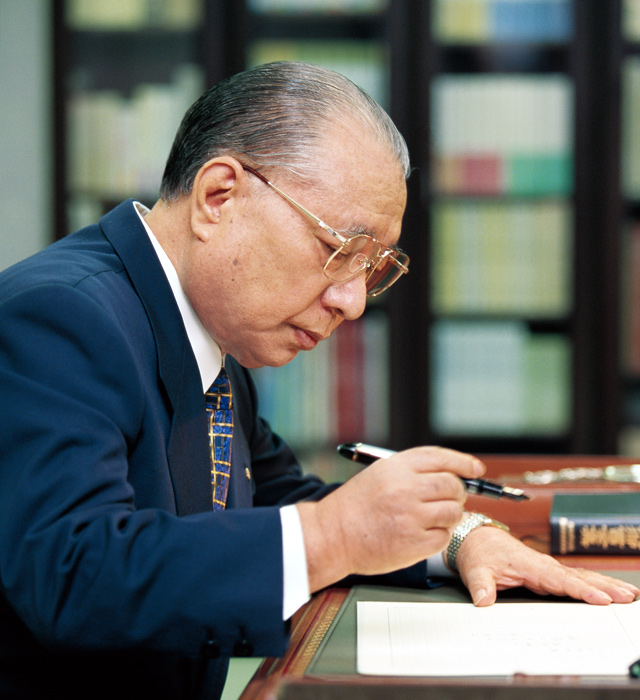 A serialization of the 30th volume of The New Human Revolution, an ongoing historical novel by Daisaku Ikeda documenting the development of the Soka Gakkai from the time he assumed its leadership in 1960, will begin with the January 1, 2017, issue of the Seikyo Shimbun. It is essentially a story of how “human revolution” —the “limitless inherent power” of the human spirit—can build a movement for world peace and individual empowerment, a dynamic process referred to as kosen-rufu. This is a continuing sequel to The Human Revolution that details second Soka Gakkai president Josei Toda’s efforts to rebuild the Soka Gakkai in postwar Japan as well as elucidates Soka Gakkai’s guiding principles to advance peace, culture and education.

On August 6, 1993, the 48th anniversary of the atomic bombing of Hiroshima, Mr. Ikeda decided to take up his pen to write the novel The New Human Revolution, which begins:

Nothing is more precious than peace. Nothing brings more happiness. Peace is the most basic starting point for the advancement of humankind.

With the belief that nuclear weapons “threaten the most basic of human rights, the right to life,” and in hopes that the voice of his mentor would resonate deeply within the hearts of future generations, Mr. Ikeda decided to record the extent to which kosen-rufu has progressed since Mr. Toda's death in 1958 as a genuine tribute and testament to his mentor’s spirit. To do so, he describes his own struggles and those of pioneering Soka Gakkai members to carry out their mentor’s mandate to better their own lives and to strive in the service of humankind as practitioners of Nichiren Buddhism. 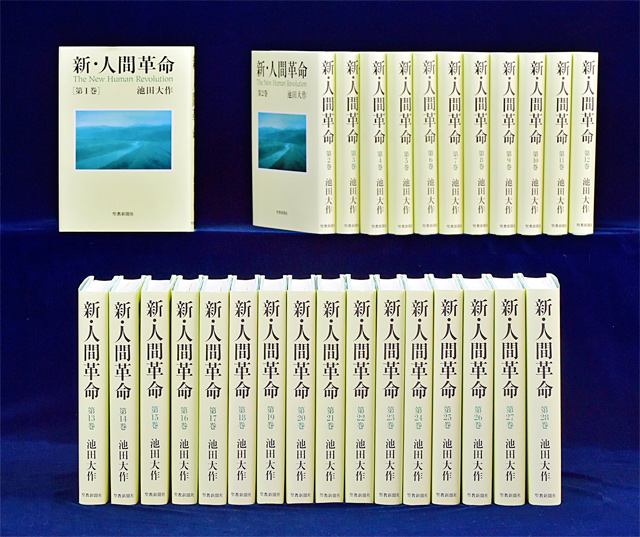 “Great Mountain,” the first chapter of the new series, begins on February 16, 1979, when Shin’ichi Yamamoto (a pseudonym for the author) visits Hong Kong on his way home to Japan from India. Featured will be the Soka Gakkai Southeast Asia representatives conference where he met with 65 members from nine countries including Singapore, Malaysia, the Philippines and Indonesia; his attendance at an SGI-Hong Kong culture festival; guidance on the qualities required of good leadership; and his appreciation of the members who have led the way to creating the foundation for the SGI’s socially-engaged Buddhist movement for people’s empowerment and global peace.

Upon his return to Japan, Shin’ichi immediately commences meetings at the Soka Gakkai headquarters in Tokyo, as well as encourages members in Chiba, Yamanashi, Ibaraki and Kanagawa prefectures. Also awaiting him was the ongoing criticism from the priesthood, who felt threatened by the growing influence of the Soka Gakkai lay movement. (Read more in Profile: Resignation section of the website.)

Short installments will be published in the Seikyo Shimbun from Monday through Saturday, six days a week.

[Adapted from an article in the December 29, 2016, issue of the Seikyo Shimbun, Soka Gakkai, Japan]