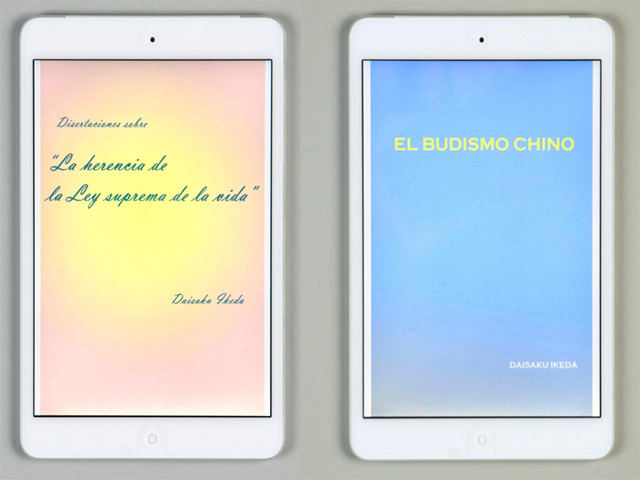 Lectures on “The Heritage of the Ultimate Law of Life” (Disertaciones sobre “La herencia de la Ley suprema de la vida”), a series of lectures on one of Nichiren’s major writings by Mr. Ikeda, discusses the essence of Nichiren Buddhism.

The Flower of Chinese Buddhism (El Budismo Chino), describes the introduction of Buddhism from India into China, focusing on key figures such as Kumarajiva, known for his renditions of Shakyamuni’s Lotus Sutra. It also presents the development of the T’ien-t’ai (Tantai) School of Buddhism through Huisi, T’ien-t’ai, and Miao-lo, as well as touching upon valuable spiritual elements that translate to modern society. The digital version makes this readily accessible to learners of Buddhism around the world.

[Adapted from articles in the December 2 and 3, 2016, issues of the Seikyo Shimbun, Soka Gakkai, Japan]