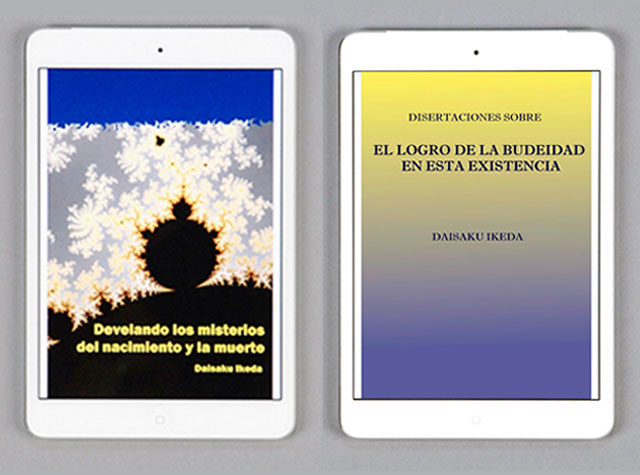 Spanish and French editions of works by Daisaku Ikeda were released recently in electronic format. The Spanish edition of Lectures on “On Attaining Buddhahood in This Lifetime” (Disertaciones sobre “El logro de la Budeidad en esta existencia”) and Unlocking the Mysteries of Birth and Death (Develando los misterios del nacimiento y la muerte), both of which provide insights into the essence of the life philosophy and doctrines of Nichiren Buddhism, are now available in an eBook format that is easily accessible from countries around the world. 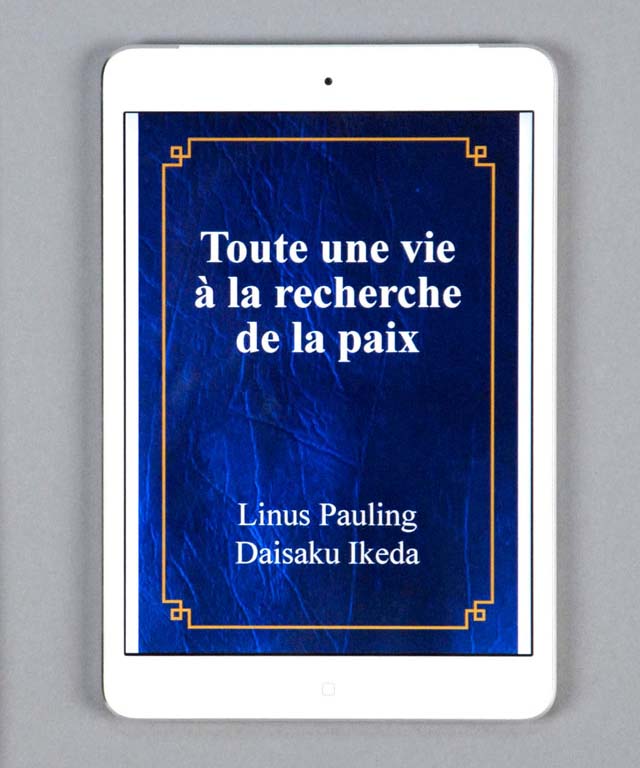 E-Book versions of A Lifelong Quest for Peace, a dialogue between Linus Pauling and Daisaku Ikeda, were released in Spanish (En busca de la paz) and French (Toute une vie à la recherché de la paix) along with a French edition of Glass Children and Other Essays (Réflexions d’un bouddhiste sur notre époque), a collection of essays written as a dialogue between the author and western readers.

The digital format with its portability and easy-to-browse function will make Mr. Ikeda’s works more accessible to readers throughout the world.

[Adapted from articles in the September 13 and 15, 2016, issues of the Seikyo Shimbun, Soka Gakkai, Japan]