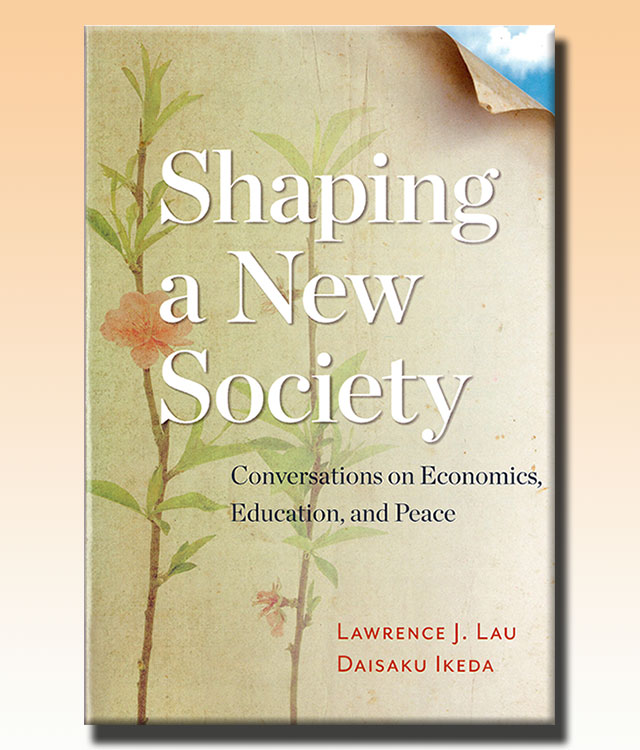 The English edition follows the traditional Chinese (2016) and Japanese (2015) editions. The two authors explore possible future courses for humanity, lessons learned from the 2008 financial crisis and issues such as environmental pollution, nuclear disarmament, the future role of Asia and attributes of a successful educational model. At the heart of their dialogue is the conviction that success and prosperity cannot be considered apart from the educational systems that foster our citizens.

Concurring with Dr. Lau’s belief that the primary objective of education should be to help students cultivate ways of learning rather than merely acquiring knowledge, Mr. Ikeda quoted the words of educator and first Soka Gakkai President Tsunesaburo Makiguchi:

The aim of education is not to transfer knowledge; it is to guide the learning process, to put the responsibility for study into the students’ own hands. It is not the piecemeal merchandising of information; it [also] is the provision of keys that will allow people to unlock the vault of knowledge on their own.

[Adapted from an introduction to the book on the Ikeda Center for Peace, Learning, and Dialogue website and an article in the August 4, 2017, Seikyo Shimbun, Soka Gakkai, Japan]