Commemorating the 50th Anniversary of the Treaty of Tlatelolco 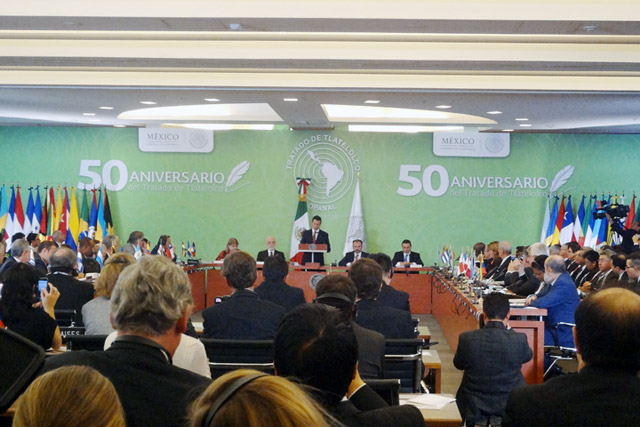 Mr. Ikeda affirmed in his message to the event: "The creation of a Nuclear-Weapon-Free Zone (NWFZ) in Latin America and the Caribbean fifty years ago is a towering achievement for peace in the history of humankind. It is one of the most important and positive legacies that the twentieth century bequeathed to our world." Pointing to the 1962 Cuban Missile Crisis that was caused by a miscommunication between the U.S. and Soviet leaders and brought the world to the brink of a nuclear war, he stated, "Even if it is possible to continue to maintain these lines of communications, however, there will always be the undeniable risk of an accidental or unintended detonation, not to mention the threat of nuclear terror."

To avoid such catastrophe, he underscored the urgency of realizing a treaty prohibiting nuclear weapons. In closing, he reiterated his conviction that "it is indispensable that all learn from the conviction and wisdom that made the Treaty of Tlatelolco possible, and that we bring these qualities to the upcoming negotiations at UN Headquarters to ensure their success." [Read full text]