Gorbachev–Ikeda Dialogue Launched as eBooks in French and Traditional Chinese 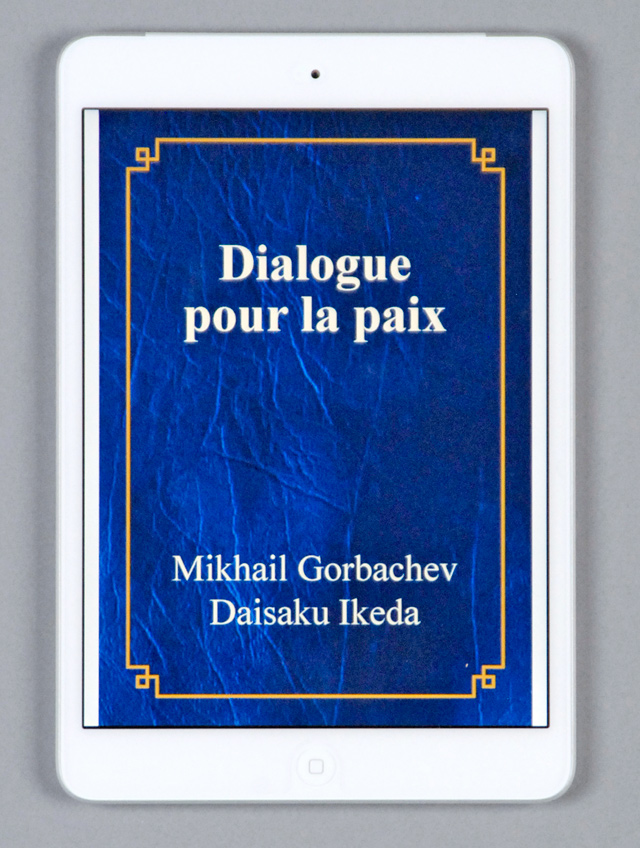 French and traditional Chinese language editions of Moral Lessons of the Twentieth Century, a dialogue between former Soviet President Mikhail S. Gorbachev and Daisaku Ikeda, were released recently in electronic format. The traditional Chinese edition is divided into two volumes. This adds to the growing collection of Mr. Ikeda’s works in digital format that is readily accessible around the world and popular, due to the portability of ebook devices and easy-to-browse function.

In the Preface, the authors jointly state:

“This book attempts to see what lessons humanity can derive from the attempt to realize the ideals of socialist humanism, not only because one of the authors was a direct participant and witnessed the end of the great experiment, but also because the Soviet’s practical application of socialist theory—striving for testing on a global scale—influenced the lives of people on practically every continent in the world.

“We do not regard this period of socialist humanism as a black hole in history, because its egalitarian ideal made human beings more mature and wiser. We respect the socialist-humanist’s romanticism and sense of mission. But socialist humanism failed, and its limitations and inconsistencies have been laid bare. Our dialogue takes its point of origin from the need for a new humanism with a new orientation.”

Mr. Gorbachev and Mr. Ikeda first met in July 1990 in Tokyo. Their dialogue, conducted over some ten face-to-face meetings and written correspondence, culminated in this collaboration. The book has since been translated into eleven languages including Russian, Korean, Icelandic and Greek.