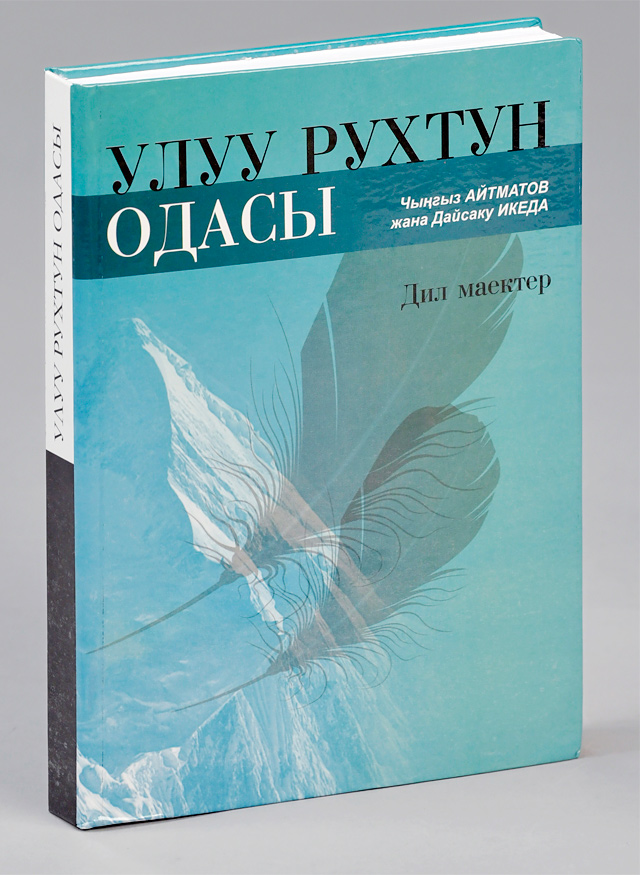 Kyrgyz edition of the Aitmatov–Ikeda dialogue

BISHKEK, Kyrgyz Republic: Ode to the Grand Spirit, a dialogue between Mr. Ikeda and the late Kyrgyz writer Chingiz Aitmatov (1928–2008), who wrote in both Russian and Kyrgyz, was recently released by Fast Print. The two authors share their thoughts on a wide range of topics such as literature, youth, restoration of religion, perspectives on Perestroika and self-reflection and enlightenment. The authors describe this as a “fireside dialogue” between two weary travelers who have journeyed from afar over very different paths in life. “Thirst and an intolerable hunger torment” them, acknowledges Aitmatov. “I am talking, not about physical hunger, which is easily appeased, but spiritual hunger—the trials of attempting to comprehend existence.”

This is the first book Mr. Ikeda has authored to be published in Kyrgyz, the 47th language into which his works have been translated.

The Catalan language edition of Lectures on “On Attaining Buddhahood in This Lifetime” was published recently, making it the 46th language into which Daisaku Ikeda’s works have been translated. In the lectures, Mr. Ikeda addresses the basic theory and practice of Nichiren Buddhism clarified in “On Attaining Buddhahood in This Lifetime,” a letter Nichiren wrote to one of his followers in 1255. Catalan is a Romance language spoken in northeastern regions of Spain such as Catalonia and the Principality of Andorra. 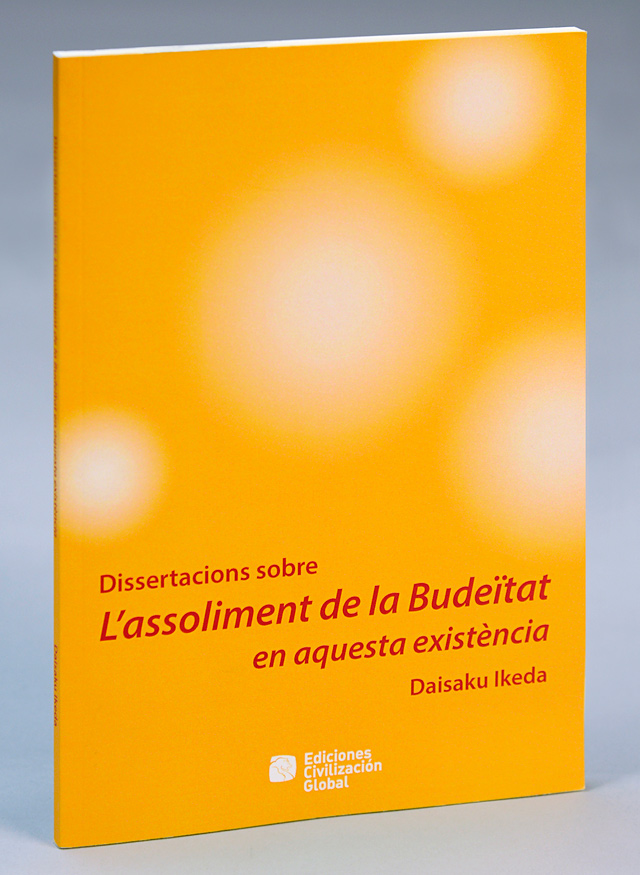 Catalan edition of Lectures on “On Attaining Buddhahood in This Lifetime”

One of the first foreign language editions of Mr. Ikeda’s work was The Human Revolution, published in English in 1972. Over the years, many of his other works have been translated into various languages, including his dialogues with renowned thinkers such as the British historian Dr. Arnold Toynbee, and his collection of poetries, essays and lectures.

Meanwhile, Moscow State University Press has released the Russian edition of The Wisdom of the Lotus Sutra, Vol. III, part of a six-volume work, in which Mr. Ikeda and members of the Soka Gakkai Study Department discuss the chapters of the Lotus Sutra. This volume covers five chapters—11 (Emergence of the Treasure Tower) through 15 (Emerging from the Earth)—in which the participants share insights on the Buddhist perspective of life and humanity through the dramatic turns unfolding in this section of the Lotus Sutra. Volume one was published in 2014 commemorating the 40th anniversary of Mr. Ikeda’s first visit to Russia in September 1974.

Russian is the 12th language into which The Wisdom of the Lotus Sutra has been translated; others including English, German and Chinese. Work is still in progress to complete the remaining three volumes.