Peace, Justice and the Poetic Mind—Dialogue with Stuart Rees Published

CAMBRIDGE, USA: Dialogue Path Press, the publishing arm of the Ikeda Center for Peace, Learning and Dialogue, based in Cambridge, Massachusetts, USA, recently released Peace, Justice and the Poetic Mind: Conversations on the Path of Nonviolence, a dialogue between Daisaku Ikeda and Australian peace scholar Stuart Rees.

Mr. Ikeda and Dr. Rees’ dialogue begins with a shared understanding of the meaning of peace, not simply as an absence of war but as “peace with justice” in which issues of poverty, lack of opportunity and inequality are addressed. They exchange views on topics such as nuclear abolition, education and the economy. As poets, both authors also reaffirm the invaluable role of the arts in promoting peace. Dr. Rees states that the poetic mind “begins to realize human potential because it depends on humor and insight plus a willingness to laugh at oneself and to ponder life’s wonders, cruelties, and absurdities. Such a way of thinking and writing brings us, inevitably, to peace with justice.” 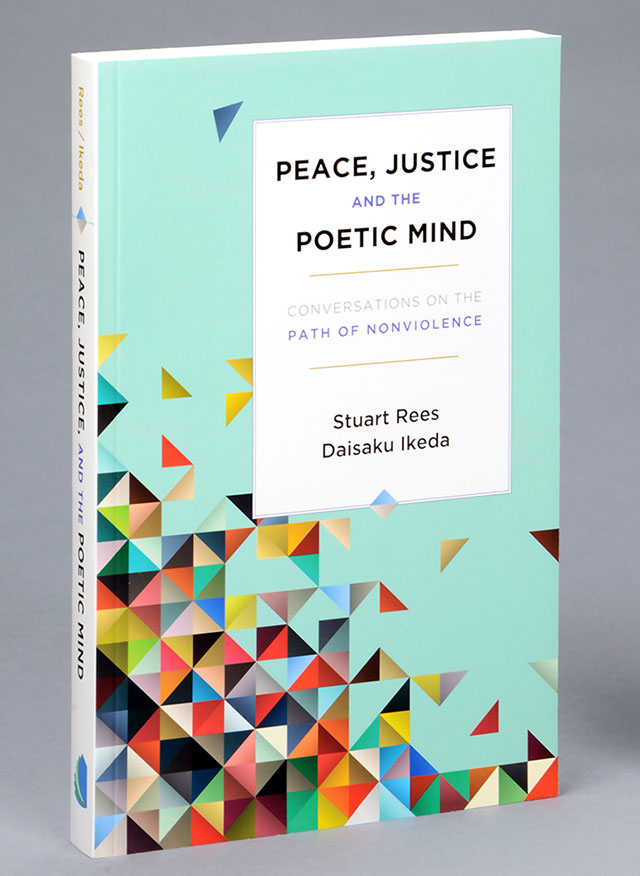 In regards to the various challenges facing the world, Mr. Ikeda and Dr. Rees both affirm the important role ordinary citizens play in creating lasting, societal change. Dr. Rees states that the protection of human rights should not only be a concern of experts in the field but also of each individual. Concurring, Mr. Ikeda believes that unless each person develops a firm resolve within their heart to respect the dignity of all life, it will merely remain a concept. He says, “As our society faces serious crises, it has become clearer that ordinary people must take the initiative to change its course. . . . It becomes essential to empower individuals at the local level and help them develop their inner strength,” and that the key to actualizing peace is the act of treasuring a single individual.

Dr. Rees is a humanitarian rights activist whose activities include social work in countries such as the UK, Canada, India and Sri Lanka. In 1980, he helped establish Sydney’s Centre for Peace and Conflict Studies and became its director. Mr. Ikeda and Dr. Rees first met in Tokyo in 1999. Ten years later, Mr. Ikeda was awarded a medal from the Sydney Peace Foundation—which Dr. Rees also founded—for his contributions to nonviolence and human rights education.

[Adapted from an article in the December 29, 2018, issue of the Seikyo Shimbun, Soka Gakkai, Japan]