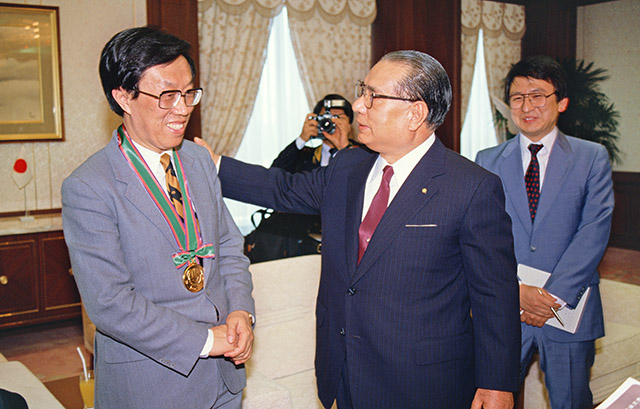 The simplified Chinese edition follows the Japanese edition which was first published in April 2017—marking the 45th anniversary of the normalization of diplomatic ties between the two countries—under the title Mirai ni okuru jinsei tetsugaku: Bungaku to ningen o mitsumete, tentatively translated as “A Philosophy of Life for Future Generations: Learning from Literature and People.”

It is based on conversations and correspondence between Mr. Wang, who served as Minister of Culture from 1986 to 1989, and Mr. Ikeda on a wide range of topics including the future of China-Japan relations and the role of youth, the importance of education and the need for greater efforts to revitalize and revolutionize the human spirit in an increasingly material world. The authors first met in Tokyo in April 1987.

Born in Beijing in 1934, Wang Meng began his writing career at age 19; his controversial 1956 short story A Young Newcomer in the Organizational Department attracted widespread attention. Labeled a “rightist” during the Cultural Revolution, he was banned from writing and relocated with his family to Xinjiang, northwest China, where they lived for 16 years before he was able to return to Beijing and resume his literary career. 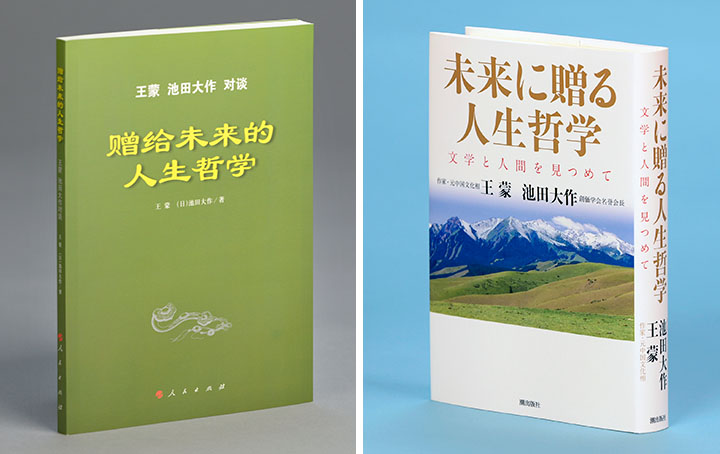 The dialogue, comprising 14 chapters, touches upon the vital power of literature in activating the reader’s conscience, wisdom and emotional richness and helping the reader awaken to the wonder of their own lives as a living, breathing part of this world. After a discussion of Mr. Wang’s written works, the authors examine stories and literary figures appearing in the Chinese classics and discuss how they may serve to guide us in leading valuable lives and confronting today’s global challenges.

The dialogue also sheds light on the Chinese region of Xinjiang, which is home to many ethnic minority groups including the Uyghur people. Mr. Wang, who lived there during the Cultural Revolution, warmly refers to the region as his “hometown” where he learned a great deal from the Uyghur people. The hardship and experiences he endured there had a profound impact on him as a person and a writer. Along with Xinjiang’s diversity, there is an open-mindedness and respect for other people’s cultures, which the authors identify as the best path forward toward building a truly harmonious world. Mr. Wang and Mr. Ikeda explore this and other topics as they reveal how one’s inner world expands limitlessly through engaging with cultures, peoples and perspectives that are different from one’s own.