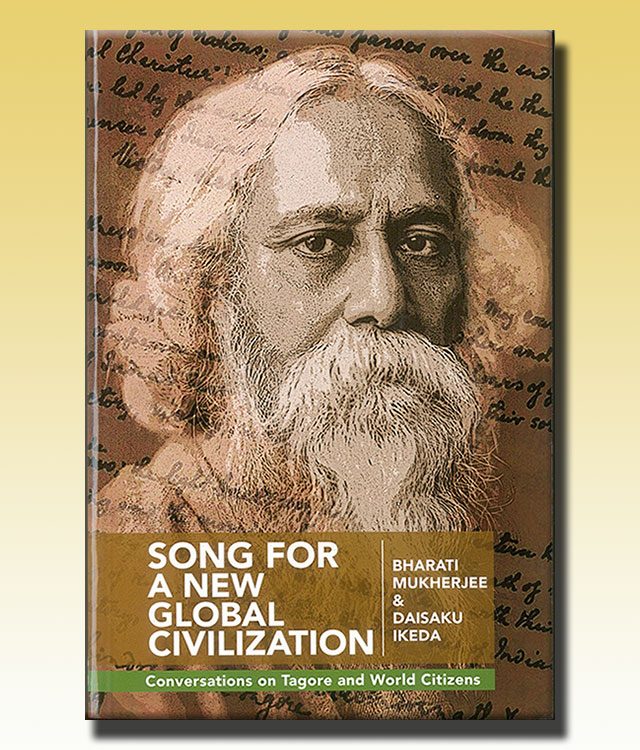 Rabindranath Tagore was a poet-sage of vast sensibilities whose talents extended beyond literature, encompassing music, fine art and performing arts. He sought to cultivate beauty and harmony through his endeavors stating, “Beauty is truth and truth is beauty.” According to Dr. Mukherjee, Tagore “was firmly convinced that music, dance and art could refine man internally,” and he believed a converging of the various forms of music, art and poetry that existed throughout Indian society would create touchstones for a transformed, humanistic education system.

The Rabindra Bharati University in Kolkata where Dr. Mukherjee, a specialist in women’s issues and the political philosophy of ancient India, served as vice chancellor, was founded on Tagore’s pedagogic model of humanistic education.

In their examination of the spiritual ideals Tagore embraced throughout his life, the authors explore a wide range of topics including education for global citizenship, women’s empowerment and the harmonious coexistence of humans and nature. 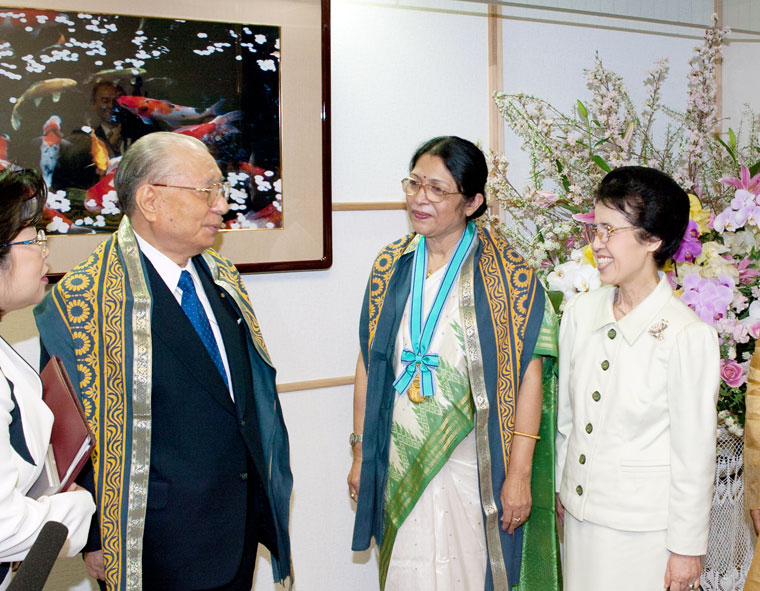 In the chapter on women’s empowerment, we learn that Tagore had deep respect for women, championing cultural progressiveness, women’s rights and the equality of the sexes. It was his conviction that the elevation of a nation’s culture could not occur apart from the elevation of the status of women. According to Mr. Ikeda, lectures delivered by Tagore during a brief stay in Japan were significant in propelling that country’s women’s movement. When Dr. Mukherjee lost her husband at a young age and took up her studies toward a degree, her mother encouraged her to read Tagore’s poetry to serve as an inspiration whenever she encountered discrimination.

The authors share Tagore’s belief that women, through their capacities for compassion, have the ability to lead humanity to higher ideals. “Since women in every country constitute on average half the population, their empowerment and participation can only enrich society,” Dr. Mukherjee affirms. When women are able to receive a fair education, their influence in the community will be strengthened, helping to steer humanity toward a civilization of genuine humanism and peace. In Mr. Ikeda’s opinion, a spirit of genuine appreciation and concern for one’s mother is in itself an antidote to the prevalence of war and violence. “I believe that this spirit of gratitude and caring for our mothers is the core of the civilization of the spirit that Tagore hoped would come to prevail,” he says.

The dialogue between Dr. Mukherjee and Mr. Ikeda was originally serialized in Japanese in the monthly Japanese educational magazine Todai between 2011 and 2013, then in English in the Indian journal Value Creation from June 2012 to October 2014. A hardcover Japanese edition of the book was published in 2016 with new supplemental material added.

[Adapted from an article in the January 25, 2018, issue of the Seikyo Shimbun, Soka Gakkai, Japan]