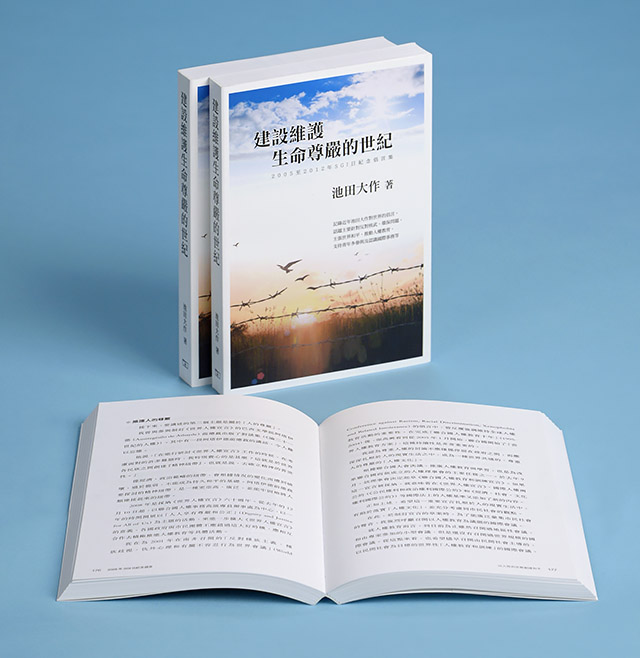 Compilation of SGI Peace Proposals from 2005 to 2012 in traditional Chinese, published by the Commercial Press

Since 1983, Mr. Ikeda has released annual peace proposals suggesting solutions to a variety of global issues such as nuclear disarmament, human security, human rights, educational reforms and the environment. This book comprises eight proposals issued from 2005 to 2012. [Full text of proposals] In the his 2008 peace proposal, Mr. Ikeda discusses peace in East Asia, exploring the history of exchanges that supported the realization of Sino-Japanese friendship in the 1970s. He emphasizes that “the banner of dialogue [is] the sine qua non of humanism” and when countries persistently pursue a course of peaceful coexistence for humankind, their efforts can contribute to creating the “infrastructures of peace.” Furthermore, he emphasizes the importance of “deepening understanding and friendship among the young people of the region to develop a shared sense of awareness and responsibility for the future,” sharing words of second Soka Gakkai President Josei Toda: “A new century will be created by the power and passion of youth.”

[Adapted from an article in the May 17, 2018, issue of the Seikyo Shimbun, Soka Gakkai, Japan]