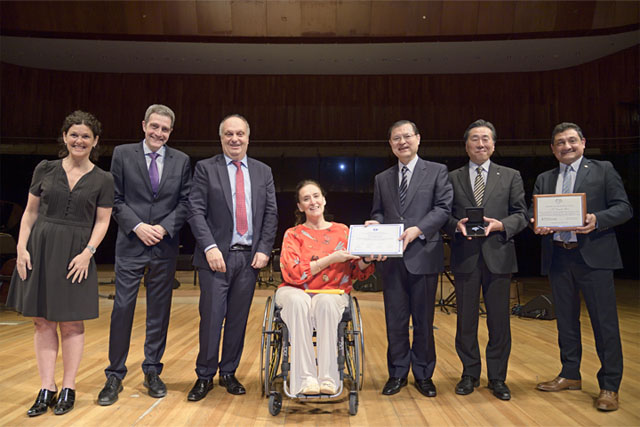 On October 30, 2018, Min-On Concert Association founder and SGI President Daisaku Ikeda was presented with the “Blue Award for Arts and Peace” by the Federal System of Media and Public Content of Argentina for his promotion of Argentina’s performing arts and culture and for his contributions to spreading friendship and peace across the global community. Min-On Concert Association President Kazuto Ito and Mr. Ikeda’s son, SGI Vice President Hiromasa Ikeda, were part of a delegation from Tokyo representing Mr. Daisaku Ikeda. The conferral, which took place at the Kirchner Cultural Center in Buenos Aries, was attended by Argentine President Mauricio Macri, Vice President Gabriella Michetti, head of the Federal System of Media and Public Content Hernán Lombardi, Director Gustavo Mozzi of the Kirchner Cultural Center and other guests including those from the world of Argentine Tango.

In a citation, Mr. Lombardi noted that this year marks the 120th anniversary of diplomatic relations between Argentina and Japan as well as the 50th installment of the “Min-On Tango Series.” Min-On shares a rich history with Argentina through its annual Japan tours inviting legendary tango artists and composers to perform throughout Japan. The tango series was largely influenced by Mr. Ikeda’s friendship with the late renowned tango Maestro Osvaldo Pugliese and the late tango composer and pianist Mariano Mores.

Mr. Lombardi stated that the award ceremony, while officially signifying a strengthening of ties between the two countries, also represented a shared commitment to working for the betterment of global society and the further strengthening of cultural exchanges. Expressing his deep appreciation and respect for Mr. Ikeda’s contributions to the advancement of culture and peace, he reiterated Mr. Ikeda’s words that art and culture are expressions of the heart that transcend national boundaries and bring people together. 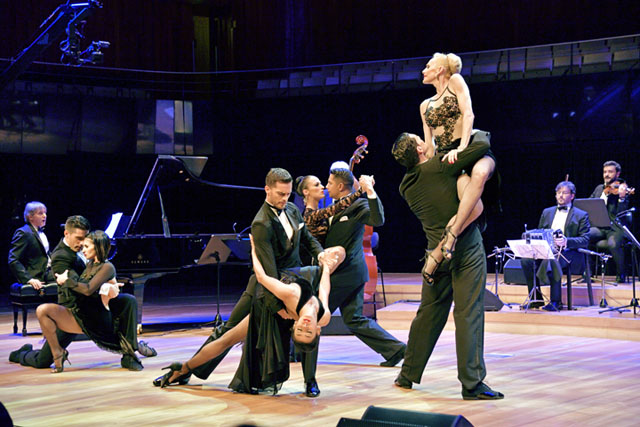 A dynamic tango concert and dance follows the award ceremony

[Adapted from articles in the November 2, 2018, issue of the Seikyo Shimbun, Soka Gakkai, Japan]