On September 8, 2018, a forum titled “Japan-China Forum of the New Era,” commemorating the 50th anniversary of Daisaku Ikeda’s proposal for the restoration of diplomatic relations between China and Japan, was held at Soka University in Hachioji, Tokyo. The forum, which also commemorated the 40th anniversary of the conclusion of the Treaty of Peace and Friendship between Japan and the People’s Republic of China, was sponsored by Soka University and cosponsored by the Embassy of the People’s Republic of China and the Chinese Association for Japanese Studies. 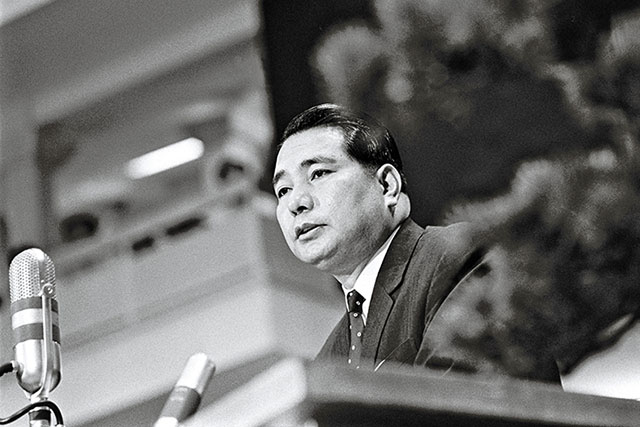 Daisaku Ikeda calling for the normalization of diplomatic ties between Japan and China (Tokyo, Japan, September 1968)

On September 8, 1968, then Soka Gakkai president Daisaku Ikeda made a groundbreaking proposal for the normalization of Sino-Japanese relations at a meeting of more than 10,000 students in Tokyo. In it, he called on Japan to lead in building ties with China, stating: “Japan is uniquely positioned to make a decisive contribution to helping to ease China's isolation. . . . The factors in this are the proximity of China and Japan both in terms of historical tradition and ethnic origins, as well of course as geography.” [Read full text of “Proposal for the Normalization of Sino-Japanese Relations”.]

The day-long event brought together scholars from the two countries, including representatives of Peking and Fudan Universities, to explore the proposal’s significance for the contemporary age and to discuss the future of Sino-Japanese relations. The forum was opened with greetings by Gao Hong, executive vice president of the Chinese Association for Japanese Studies, and Professor Liu Yuhong, deputy director of the Institute of Japanese Studies at the Chinese Academy of Social Sciences, followed by four keynote addresses.

Mr. Gao stated, “Fifty years ago, the world was in the midst of the Cold War, and China and Japan had no diplomatic relations yet. The ideals and actions that President Ikeda proposed against this background were filled with courage and wisdom, far-reaching vision and deep insight.”

Kazuteru Saionji, visiting professor at Higashi Nippon International University, commented, “The intermediary that Premier Zhou Enlai chose [toward normalization of Sino-Japanese relations] was Komeito. Zhou Enlai had Mr. Ikeda’s Sino-Japanese proposal in mind. . . . and because of it he had tremendous trust in Ikeda and the party he founded, Komeito. In this sense, the basis for normalization is to be found in President Ikeda’s 1968 proposal.” 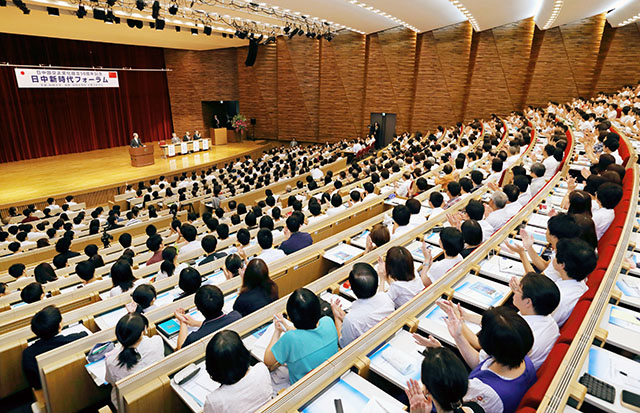 In the afternoon, breakout sessions addressed the topics of “Politics and Diplomacy,” “Economics and Trade” and “Society and Cultural Exchange.” This was followed by special lectures by Chinese Ambassador to Japan Cheng Yonghua and President Yuji Miyamoto of the Japan Association for the Study of Japan-China Relations in front of an audience of 1,000 students.

Ambassador Cheng Yonghua urged the youth of China and Japan to be protagonists in building a new era of friendship, asking them to further strengthen their bonds with an awareness of their shared destiny as neighbors in the global community. He contended, “If in harmony, both will benefit; but against one another in conflict, both will be hurt.”

President Miyamoto, former Japanese Ambassador to China, paid tribute to Soka University as the first institution in Japan to accept students from China in 1975 after diplomatic relations between the two countries were restored, and expressed his respect for this courageous decision in the face of criticism at the time.

In a message read by proxy, Mr. Ikeda expressed his hopes for this forum to serve as a catalyst for China and Japan to become shining examples of solidarity and cooperation toward the resolution of various ever-intensifying issues facing humanity. He shared his belief that Sino-Japanese friendship founded on sincerity, trust and honor will never perish, and his conviction that such fellowship would be succeeded by the youth who will surpass our example and lead the way to a brilliant new era of peace not only in China and Japan but throughout the world.

[Adapted from a September 11, 2018, press release of the Soka Gakkai International Office of Public Information and articles in the September 9, 2018, issue of the Seikyo Shimbun, Soka Gakkai, Japan]