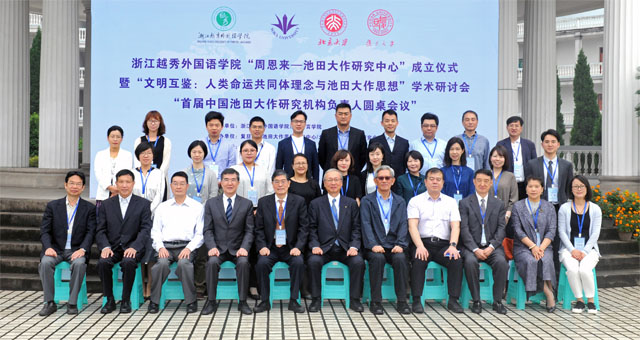 The Zhou Enlai and Daisaku Ikeda Research Center aims to promote study of the thinking of Zhou Enlai and Daisaku Ikeda with regard to peace as a basis for creating better understanding between the civilizations of east and west and enhancing friendship between China and Japan. ZYUFL President Xu Zhenhua, who chairs the research center, said that the center would contribute in the academic field to deepen mutual understanding between the two countries based on a sense of concern for the future for humanity, honoring the efforts of Premier Zhou and Mr. Ikeda to open the path of Sino-Japanese friendship. He also described the educational philosophy of the three founding presidents of the Soka Gakkai, which places emphasis on happiness and unlocking the inherent potential of each individual, as being completely aligned with the principles of his university.

On the day of the launch, the First Round Table Conference of representatives from Daisaku Ikeda research centers across China was held.

Study of Mr. Ikeda’s thinking on peace, culture and education and the promotion of friendship and mutual understanding between China and Japan are likewise at the heart of DMU’s Daisaku Ikeda Research Center. DMU Vice President Wang Xiaoyong emphasized that Mr. Ikeda’s thinking on education and peace resonates with DMU’s efforts to foster the potential of its students. He said there is much to learn from Mr. Ikeda’s philosophy that could help expand friendship and exchange between the two countries. 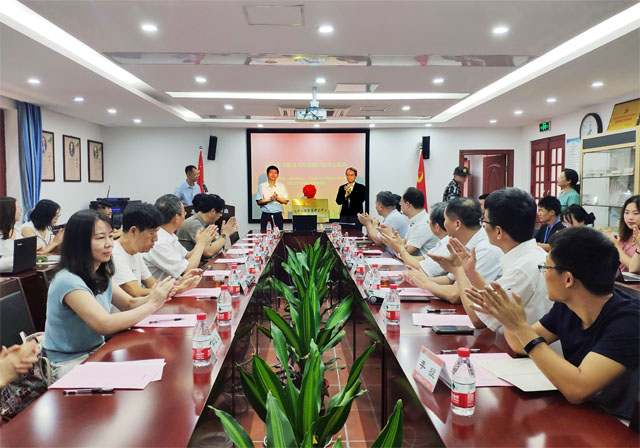 Several scholars from universities around China, including Peking University, Guangdong Academy of Social Sciences and Nankai University, sent congratulatory messages for the opening of XMU’s Research Center on the Philosophy of Daisaku Ikeda. The center’s Deputy Director Feng Wenhui asserted that Sino-Japanese relations have entered an important new stage in terms of their contributions to mutual development and world peace. Acknowledging Mr. Ikeda’s efforts to promote friendship and exchange between China and Japan for over half century, he said he hoped that the center, established at the beginning of this new era in Sino-Japanese relations, would contribute to further developing these bilateral relations and to peace in this world. After the opening ceremony, a symposium was held to explore the theme of exchange between civilizations and mutual learning based on recognition of a common destiny.

There are now over 30 centers in China focusing on research related to Mr. Ikeda’s philosophy and thought.