Ikeda Institute Established at the University of Alcalá, Spain 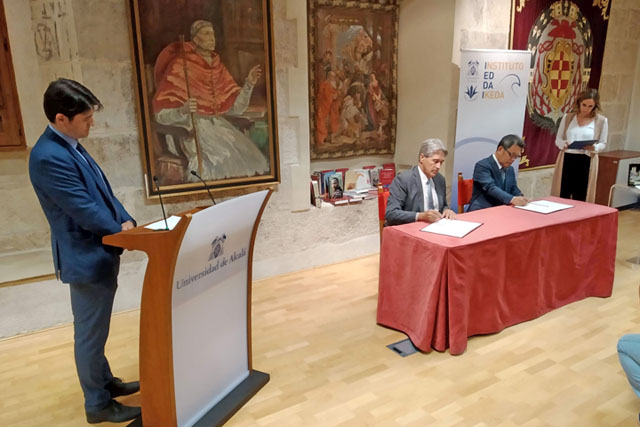 Director Iborra speaks at the signing ceremony for the Daisaku Ikeda Joint Research Institute for Education and Development on June 7, 2019

On June 7, 2019, an opening ceremony was held at the University of Alcalá, Spain, located in the city of Alcalá de Henares, for the Daisaku Ikeda Joint Research Institute for Education and Development (IEDDAI), established in cooperation with Soka University of Japan. The institute’s opening in June coincided with the birth month of Tsunesaburo Makiguchi, first president of the Soka Gakkai and founder of Soka education. Mr. Makiguchi’s vision for Soka education prioritized the happiness of children.

Located within the Faculty of Education of the university’s Guadalajara campus, the institute focuses its research on Soka education and its application, compiling and publishing educational material for the classroom, as well as holding symposiums and training programs for educators. In March 2019, University of Alcalá professors Alejandro Iborra Cuéllar and Ana Belén García Varela were appointed the institute’s director and vice director, respectively.

María Virtudes Pardillo Sardina, director of the Regional Center for Teachers Training of Castile-La Mancha, and SGI-Spain General Director Enrique Caputo Rivera were among the participants at the opening ceremony.

Following opening remarks by Director Iborra, Soka University of Japan Vice President Ryohei Tanaka and University of Alcalá President José Vicente Saz Pérez signed a mutually binding agreement making official the research exchange collaboration between the two universities. President Saz shared his hope that the two institutions, together with the cooperation of other universities, could deepen values around education, peace and coexistence. He stated that it was a great honor to have the support of SGI President Daisaku Ikeda, who was awarded an honorary doctorate of education from the University in 2018.

In his message read at the opening ceremony, Mr. Ikeda praised the efforts of IEDDAI Director Iborra and Vice Director García Varela for the “Education for Happiness” course they launched in 2016, grounded in the principles of Soka education. He expressed his belief that the program, which places great store on dialogue with a focus on the happiness of students and enables the learner to unleash fresh creativity, will be a source of inspiration and encouragement for educators the world over. He lauded the tireless efforts of educators committed to the happiness of their students and expressed his hope that the University of Alcalá and Soka University would continue opening the path of value creation for fostering global citizens and working for the happiness of humanity, as well as for the peace and harmony of all societies. 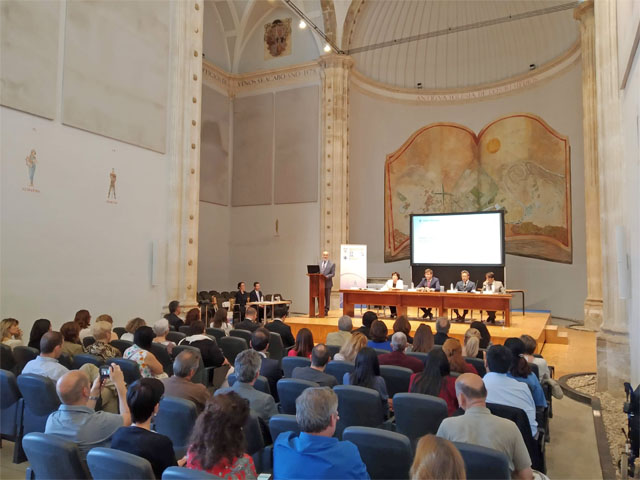 Commemorative lecture held the day before the launch of the IEDDAIp>

On June 6, the day before the official opening, Soka University Vice President Tanaka delivered a commemorative lecture titled “Value-Creating Education and Soka University Founder Daisaku Ikeda” at the University of Alcalá. Notable participants from the Regional Government of Castile-La Mancha included María Dolores López Sanz, Deputy Minister for Education, Universities and Research, and Faustino Lozano Leal, Provincial Director of Education, Culture and Sports of Guadalajara. Following the lecture, University of Alcalá Vice President Carmelo García Pérez stated that he believes the world is seeking the educational philosophy of Mr. Ikeda and shared his hope that the University of Alcalá would put into practice Mr. Ikeda’s value-creating philosophy for effecting positive change in global society.

Established in 1499, the University of Alcalá traces its history to the founding of a medieval public institution of learning in 1293, making it one of the longest standing European universities. In 1988, the university’s main campus, together with the surrounding town of Alcalá de Henares, was declared a UNESCO World Heritage Site. Currently, the university has exchange agreements with approximately 750 universities around the world. Some 30,000 students, including international students, matriculate at the university, making it the foremost hub of international education within Spain.

[Adapted from articles in the April 18 and June 15, 2019, issues of the Seikyo Shimbun, Soka Gakkai, Japan]