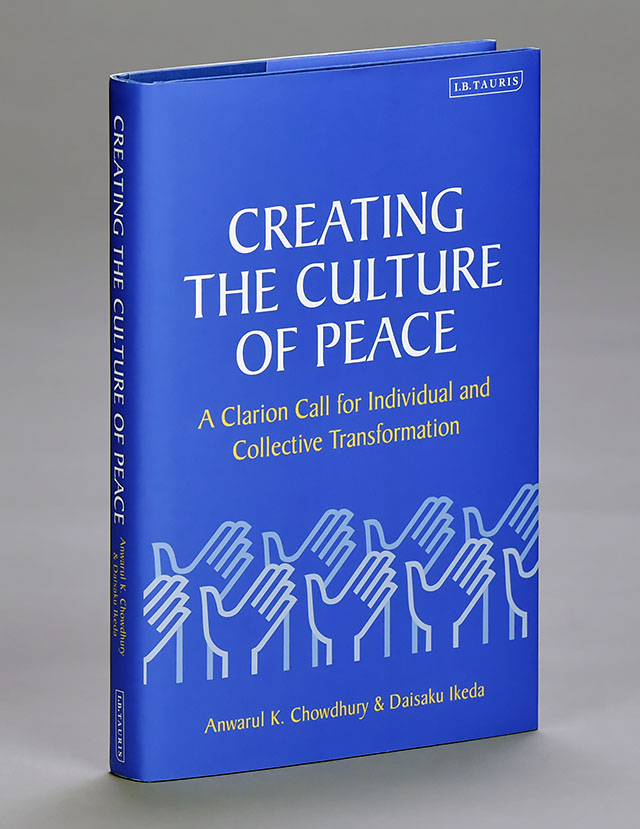 English edition of the Chowdhury-Ikeda dialogue

LONDON, UK: Publisher I.B. Tauris has released the English edition of Creating the Culture of Peace: A Clarion Call for Individual and Collective Transformation, a dialogue between former UN Under-Secretary-General Anwarul K. Chowdhury and Daisaku Ikeda. This long-awaited edition is the third language in which the book has been published, following the original Japanese edition released in 2011 and the traditional Chinese edition in 2015.

Ambassador Chowdhury and Mr. Ikeda first met in Tokyo in March 2003, then again in August 2006, when they enjoyed fruitful dialogues on a variety of topics, including their vision for the UN as the congress for humanity. Born in Dhaka, Bangladesh, in 1943, Ambassador Chowdhury served as Permanent Representative of Bangladesh to the UN, presiding over the Security Council and the UNICEF Executive Board during his term, before being appointed as Under-Secretary General and High Representative responsible for the most vulnerable countries of the world. He is well known for advancing the cause of the global movement for the culture of peace and is also noted for his championing of the rights of women and children, as well as his work on development in the poorest nations.

The dialogue ranges over themes including the humanism of the great Bengali poet Rabindranath Tagore; development and human rights; women, peace and security; and education and youth. Both men see the activism of youth as key to the achievement of the culture of peace and the realization of positive change in the world. 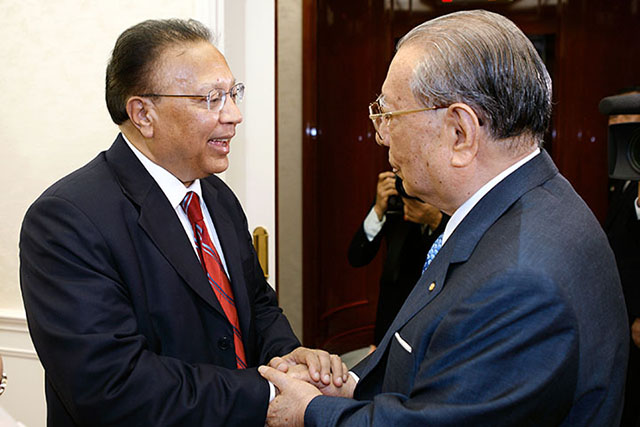 In this regard, Mr. Ikeda emphasizes the importance of forging a closer relationship between young people and the United Nations and promoting education that “ignites in young people’s hearts a lifelong flame of dedication to others’ welfare.” He further remarks, “The passion of youth will determine the future of the Earth. This is why we need to devote all our strength to education that evokes the limitless possibilities of youth and an environment in which such education can thrive.”

Concurring on the importance of education for building a culture of peace, Ambassador Chowdhury underscores that it has never been more important for the younger generation to learn about the world and understand its diversity. He sees the task of educating young people to find non-aggressive means to relate with one another as vitally important to effectively meeting “the challenges posed by the complexities of our time.” Learning about the culture of peace has, he says, the potential to transform young people and it should be incorporated into the curricula of all educational institutions.

[Adapted from an article in the February 26, 2020, issue of the Seikyo Shimbun, Soka Gakkai, Japan]