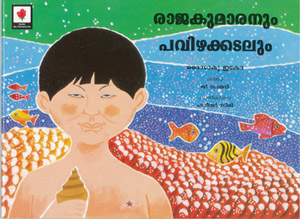 NEW DELHI, India: The National Book Trust of India has published Marathi and Malayalam language editions of The Prince and the Coral Sea, a children's book written by Daisaku Ikeda. Set in Okinawa, The Prince and the Coral Sea tells the story of a kindhearted boy named Ray who is determined to do whatever it takes to protect the island's forests and coral reef from destruction. Through his encounter with a mermaid he learns that the greatest treasure in life is a sincere heart, and through the power of caring for others he can make a difference.

This is the first time that one of Mr. Ikeda's book's has been translated into Marathi and Malayalam, Indian dialects spoken by some 90 million and 36 million people, respectively. To date, Mr. Ikeda's works have been published in 45 languages worldwide.

[Adapted from an article in the February 11, 2014, issue of the Seikyo Shimbun, Soka Gakkai, Japan]