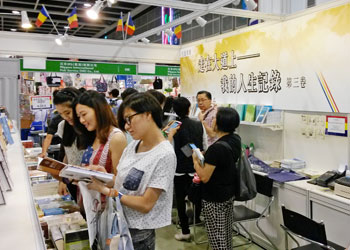 Visitors to the SGI-Hong Kong booth during the book fair

[Adapted from an article in the August 7, 2014, issue of the Seikyo Shimbun, Soka Gakkai, Japan]