Exhibition in Tribute to Thai King Held at Soka University 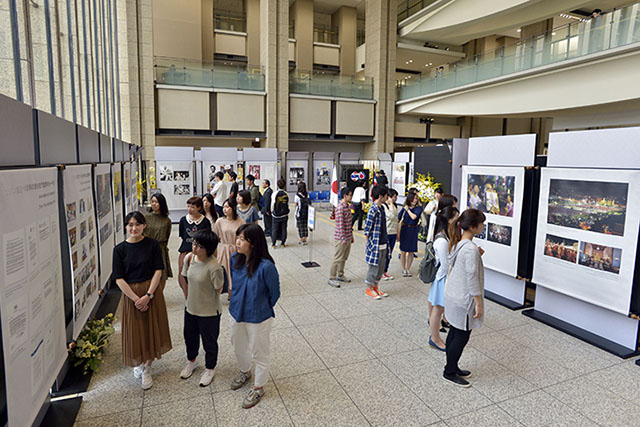 Commemorating the 130th anniversary of diplomatic relations between Thailand and Japan, a photographic exhibition paying tribute to His Majesty King Bhumibol Adulyadej, who passed away in October 2016 at the age of 88, was held at Soka University in Hachioji, Japan, from May 13 to May 18, 2017.

Cosponsored by Thailand’s Ministry of Foreign Affairs and Ministry of Culture, the Royal Thai Embassy in Tokyo and Soka University, the exhibition depicts the life of the beloved Thai monarch and his work dedicated to improving the lives of his countrymen. During his 70-year reign, H.M. King Bhumibol traveled extensively throughout Thailand to meet and learn firsthand the struggles of the people and initiated over 4,600 development projects in fields including agriculture, water, land, environment, infrastructure and education. 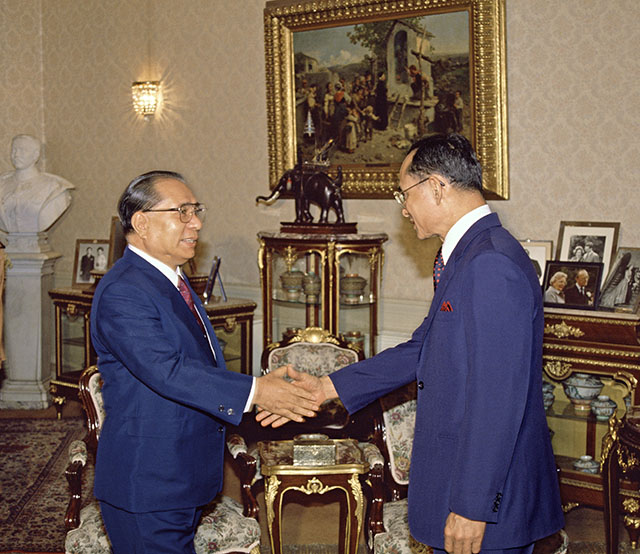 H.M. King Bhumibol and SGI President Ikeda, who met on three occasions, enjoyed a heartfelt friendship. At Mr. Ikeda’s suggestion, special exhibitions highlighting His Majesty’s photography and paintings were organized at the Tokyo Fuji Art Museum in 1989 and 1996, and an exhibition of music he had composed was held at Soka University in 1993. Soka University of Japan conferred an honorary doctorate in economics on His Majesty in 2012, and Soka University established an office at Thammasat University in Bangkok last year. The decision to hold the exhibition commemorating the 130th anniversary of ties between Japan and Thailand came about as a result of such educational and cultural exchanges that have taken place over the years.