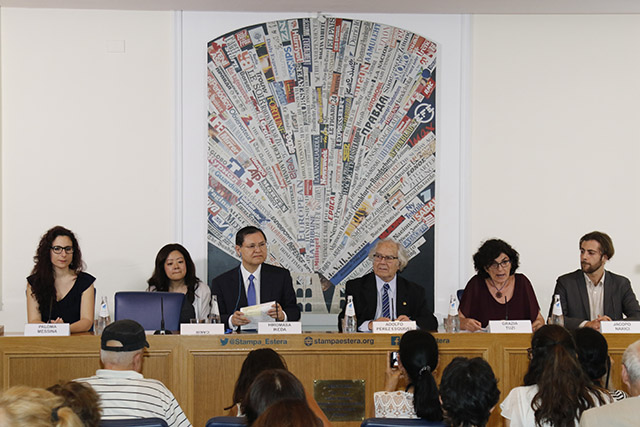 Dr. Pérez Esquivel, an Argentinian sculptor and architect, was appointed director of SERPAJ, the Latin American Peace and Justice Foundation based on Christianity and non-violence, in 1974. He was awarded the Nobel Peace Prize in 1980 for his human rights advocacy and activism. 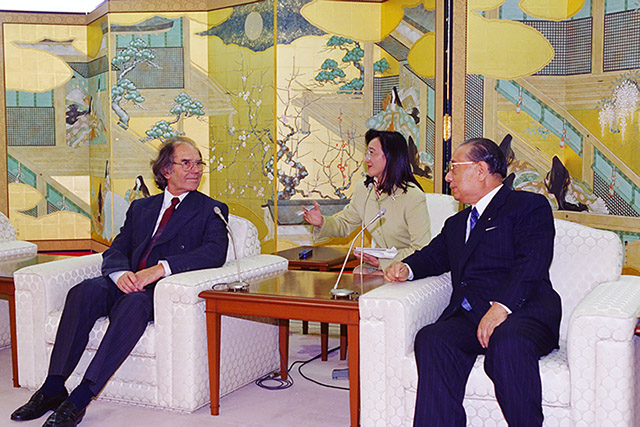 Citing the “vertiginous dynamic of change” and complex global issues facing humanity, in the appeal Dr. Pérez Esquivel and Mr. Ikeda stress the critical role of empowered young people in transforming history. They call on youth to unite to protect the dignity of life, fight injustice and eliminate misery in support of the UN 2030 Agenda for Sustainable Development with its goal of “transforming our world.”

This initiative builds on a dialogue between Dr. Pérez Esquivel and Mr. Ikeda published in Spanish, Italian, Japanese and Chinese, titled “The Power of Hope.” The appeal states: “The two of us have lived through the storms of war and violence of the twentieth century. These experiences drive our insistent efforts to expand the bonds of friendship among peoples across ethnic and religious differences.”

At the press conference, Dr. Pérez Esquivel explained the choice of Rome for the launch, stating, "It is from Rome, an open city, cradle of the western world and place where different religious, political and philosophical thoughts converge, where we have decided to start." 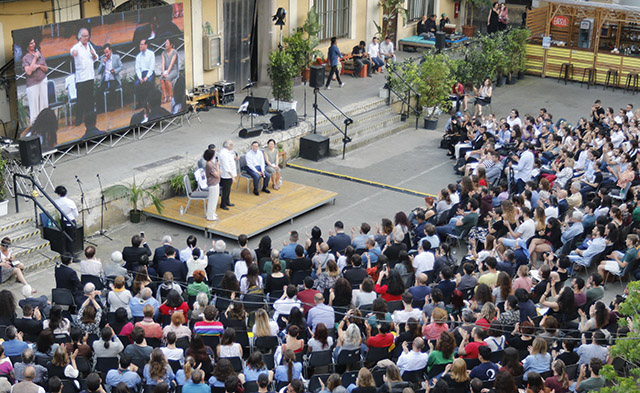 Together with five youth from different countries, Dr. Pérez Esquivel and Hiromasa Ikeda, representing his father, also presented the statement at a Youth Convention on the evening of June 6 at the popular Ex Dogana performance space in the city. Organized by the Italian affiliate of SERPAJ and Soka Gakkai Italy, it was attended by 800 young people of diverse faiths including representatives of the Young Jewish Union of Italy, the Italian Buddhist Union, the Catholic Church, the Community of Sant’Egidio, the Islamic community of Italy (COREIS) and other local institutions and NGOs. Participants enjoyed music from a traditional Afghan group, “Voice of Nature,” the Soka Millennium Ensemble and DJ Massimiliano Mascaro.

(For the full text of the appeal, click here.)

[Adapted from a press release of the Soka Gakkai International Office of Public Information dated June 7, 2018]